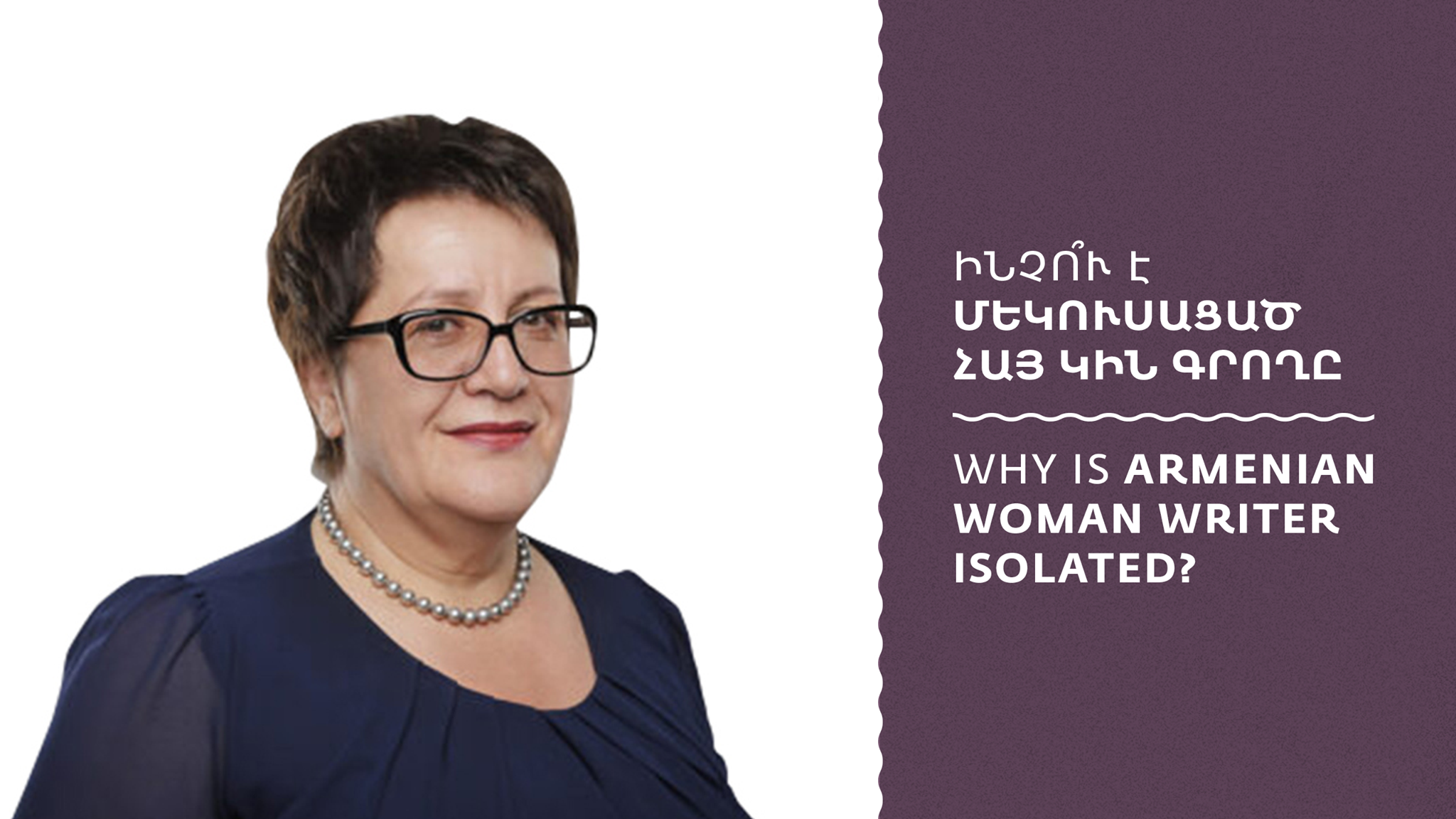 Susanna Harutyunyan is one of the most influential women writers in Armenia, has 8 published books which include novels and short stories. The character and protagonist of her novels is the villager and the topics are events happening around us. At the Zabel Forum, Susanna Harutyunyan speaks about her first literary character, an Armenian woman writer, and why she presents life in her works as it is.

When I was a fairytale.

I am Susanna Harutyunyan, fiction writer. I started to write at the age of 10. My first short story was entitled “When I was a fairytale” and it was published in “Pioner kanch” children’s and youth newspaper, for which later on I wrote a number of articles and poems. I restarted to write fiction when I was 25 years old. At the age of 35 to 37 I started writing more serious novels. It was the time when my kids were already students and they actually didn’t need my care any longer.

My protagonist is the peasant

The protagonists of my novels are mostly ordinary people. And since I was born in a village, in Vardenis, the village and the personality of a villager is closer to my own self both in terms of hardships they have to overcome and in terms of being cut from the rest of the world, being neglected and incapable of making the most of their life. In these terms the villager is more suitable for becoming a protagonist of a novel. Because when you open up the farther angles of his soul you find out many new things for yourself.

Life as it is

I am a realistic writer and I present everything as it is. When I try to put in colors and present things as I want them to be, I must confess that I ruin the literary piece. The imaginary part in my works is unfortunately lacking. Why unfortunately? Because, at least in fiction, the imaginary element should exist.

The phosphorus girl was not imaginary, she was real

The protagonist of my story “God has been here” is a girl who has an abundance of phosphorus in her organism and is glowing. Everyone thought she was unreal but she really existed. She lived in our village and many scientists came along to examine her. And the story told in that piece is true, I have just documented that case, though everyone considered it to be fantasy.

The reader is also a writer

To tell the truth I avoid descriptions. There are writers who write, “She had beautiful eyes” and start depicting her eyelashes, eyebrows, etc. I consider the reader to be also a co-author, because when you chew everything like a caring mother and put it in the mouth of the reader, you ruin the reader and deprive him of freedom, personal taste, of setting his personal criteria. Life and perception of life are solely individual and you can’t just tell something, you have to leave a space for the reader to revive some moments in his life. You have to help them live and not make them accept your own life.

Life and topics do not change, the author does

The author who stands between life and literature is the only one who can present the time, his own perception of literature and life. If we lived in the 5th century, we could have done some discoveries, inventions in world culture. But it is so rich, developed and well examined nowadays, that the only uniqueness you can give to it is your own personality and your own viewpoint.

There used to be many annual forums in Armenia, like “Literary arch” where many writers from abroad came along and we communicated with them. This kind of networking was very effective. During these 30 years Armenian writers were isolated and they still do not earn as much to be able to travel by themselves and neither do writers from abroad come here. And consequently, a crack appears between us and the world. In many cases we chose the material, the topic and we write, but we do not know whether it will be accepted and understood by, for example, Europeans. Interpersonal communication is very important  and necessary, it should certainly exist. And the more it exists, the more we will enrich both our intercultural relations and us as writers.