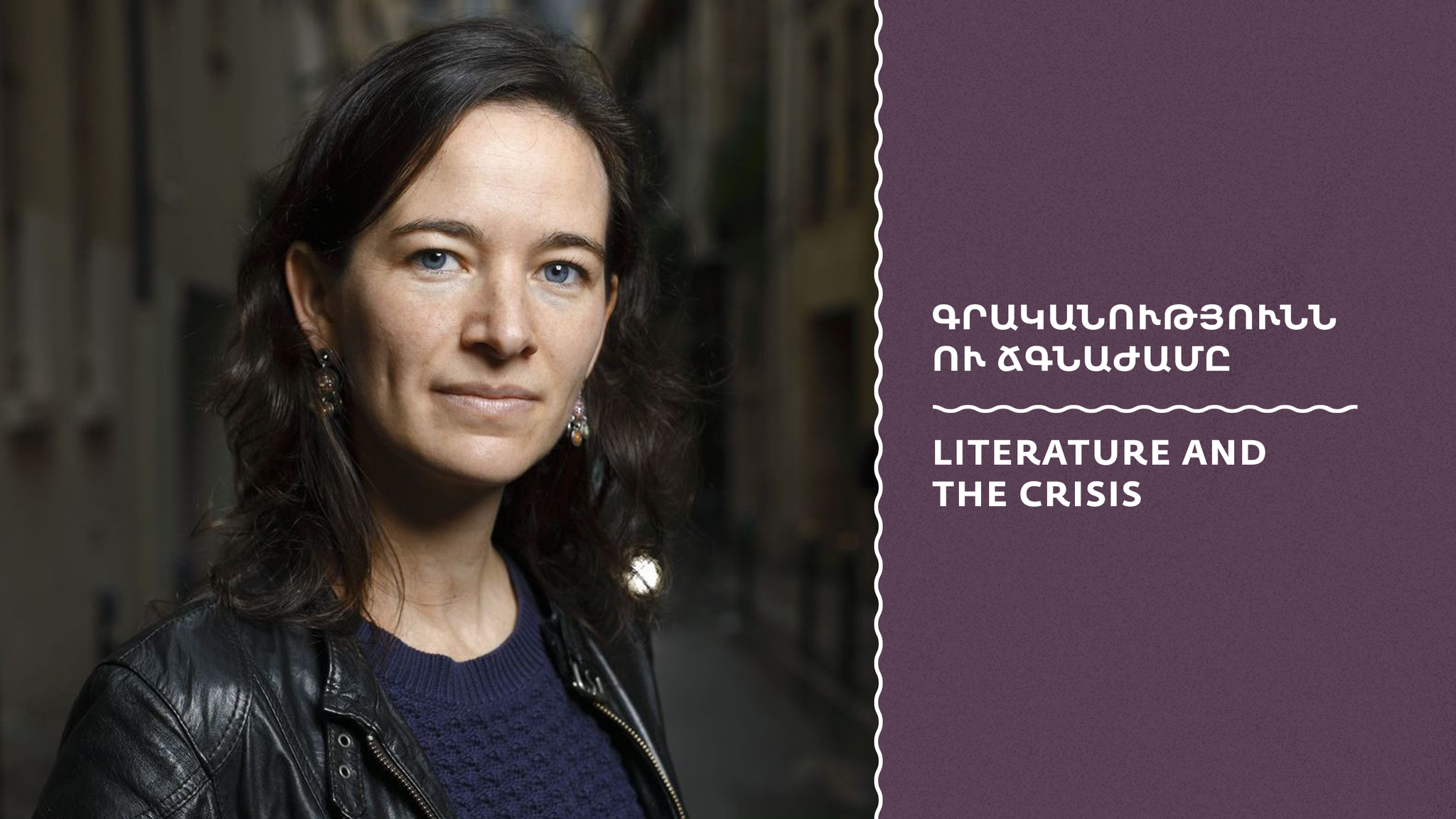 Both male and female writers have to face and struggle against many challenges. In fact, women writers have the same problems as male writers. In reality, in the case of women, those challenges are a bit more complicated and more in quantity. It is more difficult to find your own voice, to be honest with yourself if you are a woman.Writing a book is a very difficult, complicated and lengthy process. And when you have to go through it all by yourself, sometimes you may get discouraged.

If you are an emerging writer, your confidence in yourself is quite low; you keep comparing yourself with the established and acknowledged works and authors. And in my opinion, it is exactly the point when you can ruin your own work. In this regard it is much more difficult for the women. When we analyse which writers are more represented on social media, in the mass media, who have received more awards and who have been better referred to by the literary critics, we see that these are the men. And when you are a beginner, it is so easy to fall into the trap; all you need to do is to make sure that you don’t do what have already been done by someone else and what already exists. Otherwise you start to resemble the existing writers.

Under no circumstance I can admit that there is a separation between male and female literature. No one questions if there is a male literature since everybody is assured that if it is written by man than it should be interesting for everyone. And this is in the case when the women read more. So, it turns out that everybody is interested in what male authors write, but what is written by female authors may be not interesting for men.

I don’t believe it and I don’t think that the women writing may be interesting only for women. I, myself, as a reader, proportionally read both male and female authors. There is such an approach, that women see the world differently, since our social conditions are different. Women authors have the great opportunity and responsibility to speak from the point of view of women and not to pretend that we are part of the authorities, involved in the political and media world. We are not allowed to belong to or be a part of that world. There are not many women who are exempt from social responsibility, and there are few men who can talk about women’s issues. It is the women who have the responsibility to talk about those topics.

I try to talk about those topics in my books. It turns out that men don’t talk about it. It is a wrong approach towards the life and the problems. The novel should describe all the layers of life and since I’m very interested in political topics which affect the everyday life it is crucial for me to talk about what is taking place in the political field and courts and to demonstrate the inner kitchen of it. It is notable that it is mainly the women who are able to demonstrate that variety of topics simultaniously.

How to become a famous writer

I don’t think that the writers should question theselves about what to do to be noticed and read. A good book is the book the topic of which is interesting first of all for you, and that you, yourself want to write about. Hrant Dink used to say, “I put on a paper what I have in my mind, in my head”. I think this should be the first rule for a writer. If a writer is not popular in a country, in a region, that is the problem of the publishing house.

There are countries where there is a tradition to translate the works of writers a lot. Of course, translation is more expensive for a publisher than, for example, publishing the work of a local writer, but this open-mindedness should become the manner of work for publishers. We all have something to do, we should be interested in other countries and try not to put labels, stating that Armenians should speak only about the genocide, Turks – about Islam. This is an anti-literary phenomenon when countries are being separated into categories. The writer should not write about what the media covers. The role of literature is to ensure multilayeredness.

The responsibility of the writer is to be interested and get acquianted with the life of the people. The novel is not about one, but about a number of topics which our heroes raise in their work. I cannot say that the novel is about it. The writer must discover what is going on in the head of his hero.