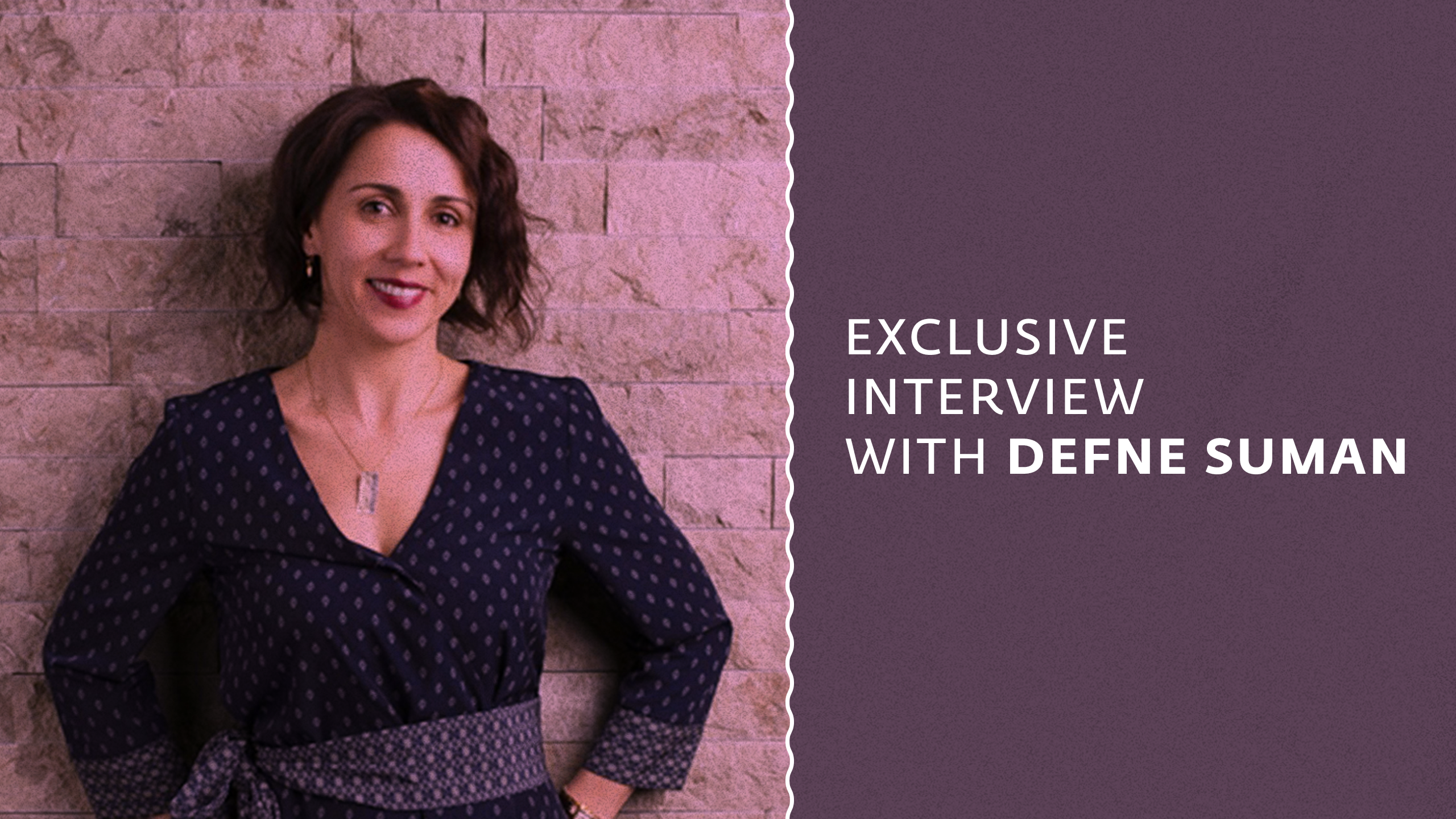 She started with a diary, continued with a blog and only years after she started to write a book. Yoga teacher, actress, sociologist, and finally a writer who speaks through writing about topics interesting for her. Defne is a writer who demonstrate her personal stories on the pages of her books. “At the breakfast table” by Defne Suman has been translated into Armenian and published by the EDGE Publishing House.

During the interview Defne talks about her path towards becoming a writer and how the habit of keeping a diary helped her in that. She shares her thoughts regarding the yoga classes which helped her to mature as a woman and as a writer and gives useful pieces of advice to the young writers.

“I started writingwhen my mother gave me my first diary․ I think I was seven years old, the first grade․ And she said: “Now you know how to read and write. This is your diary, you’re going to write every day, and you’re going to take a record of the things that you do.” And I was a good child. So, whatever my mom said to me, I did until I was a teenager. And so, I started writing, and I really enjoyed it. And I was also a child who’s reading a lot, I was an only child, living in an apartment building, both of my parents were working, so I had a lot of timeby myself. And so, I was reading and the more I read, the more I wanted to write, and express myself. And after a while, writing became my only way of thinking.So, if somebody presented me a problem, I had to go to my room, write and try to come up with a solution, and only then get back to with that solution.” So, it became my way of thinking or gathering my thoughts. And then, over time, it became a real habit. Wherever I go, I go with my notebooks, my pens, my pencils.”

“You know, in 2015, when I was crying with the book in my hand, like, how come they don’t want this book. I trusted fully and  completely to what I wrote and I liked it very much. But let me tell you, that if you really know you did your best,if you have a few good readers, they read and they say, that it is really a good piece of literature, then the rest is just that you have to fight more. This is women’s world. We’re getting stronger more and more. So, this is really good. But there has to be more a fight. And we are fighters, you know, we fight better than men. Because it starts from the very early onwards. That’s what you learn – to fight.”