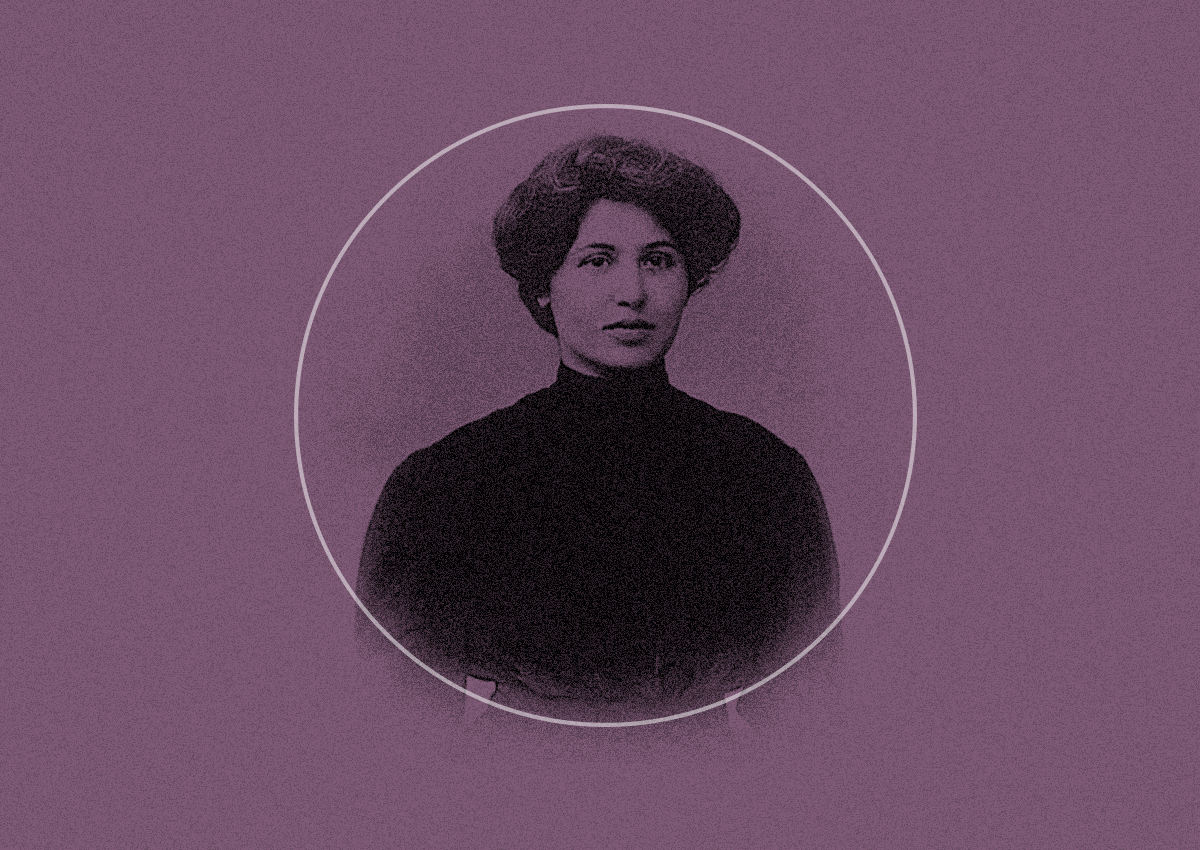 “Literature is not an ornament, a pleasant pastime, a pretty flower. Literature is a weapon to struggle against injustice”. This was the conviction of Zabel Yessayan, the most fearless Armenian humanist woman writer of the 20th century, which helped her to create and fight.

Born in 1878, she grew up in the Gardens of Silihdar district of Constantinople. Her childhood memories are presented in her autobiographical novel entitled “Gardens of Silihdar”. Her language is incredibly beautiful, musical and rich. In Armenian literature Zabel Yessayan is the pioneer of a “philosophical novel” as a genre.

Zabel Yessayan, public figure, translator and publicist, pursued higher education in the heart of Europe, in France, where she took literature and philosophy courses. There were few such women in the Ottoman Empire. She was the only woman writer to be included in the Young Turks’ list of prominent Armenian intellectuals “subject to distinction.”

In the Armenian circles Zabel was a literary legend; all newspapers were writing about her. Her free-thinking, inquisitive and flexible mind is not only vivid in her works, letters, but also in her daily life. She traveled alone in Europe and the Middle East.

In April of 1909 the Young Turks initiated the massacre of the Armenians of Adana. Armenian intellectuals, writers and public figures traveled to disaster sites. Among them was Zabel Yessayan, who spent three months in Adana, Mersin, Sis, Osmaniye and other settlements, listening to eyewitnesses of the massacres and writing down their testimonies.

She is one of the first witnesses who wrote about Adana and the 1915 massacre. She had contributions to almost every article about the Genocide published in French. She has written numerous articles in French dedicated to the topic of human rights and social justice.

Apart from addressing the role of women in society, she viewed women’s rights in the context of fundamental human rights. She defended the rights of people, regardless of their gender or social status.

During the Armenian Genocide in 1915, she managed to escape and find refuge in Bulgaria; afterwards she left for Tbilissi (Georgia). In the meantime, Zabel was active in providing asylum to Armenian deportees. She continued to talk about political and social issues on the literary front. In the book “The Suffering of a People” dedicated to the Genocide she collected testimonies of people who escaped death.

Zabel Yessayan is one of the martyrs of Stalin’s dictatorship in Soviet Armenia. In 1937, she was arrested and sent to exile in Siberia for publicly defending Yeghishe Charents at the Writers’ Union. Yessayan’s activity was interrupted in 1937. The circumstances of the death are unknown. A decade later, in 1957, the USSR Military Panel acquitted her and declared her innocent posthumously.

Zabel was convinced that the truth would ever prevail. She left a rich literary heritage, from novels to letters, that has not been studied until today. Recently, a street in Paris was named after Zabel Yessayan. According to a rating compiled by the American Refinery website, one of the bravest women in human history is Armenian writer, translator and publicist Zabel Yessayan.

She used to repeat: “A woman is not born into this world to be pleasing. A woman is born to develop her mental, moral and physical abilities.”