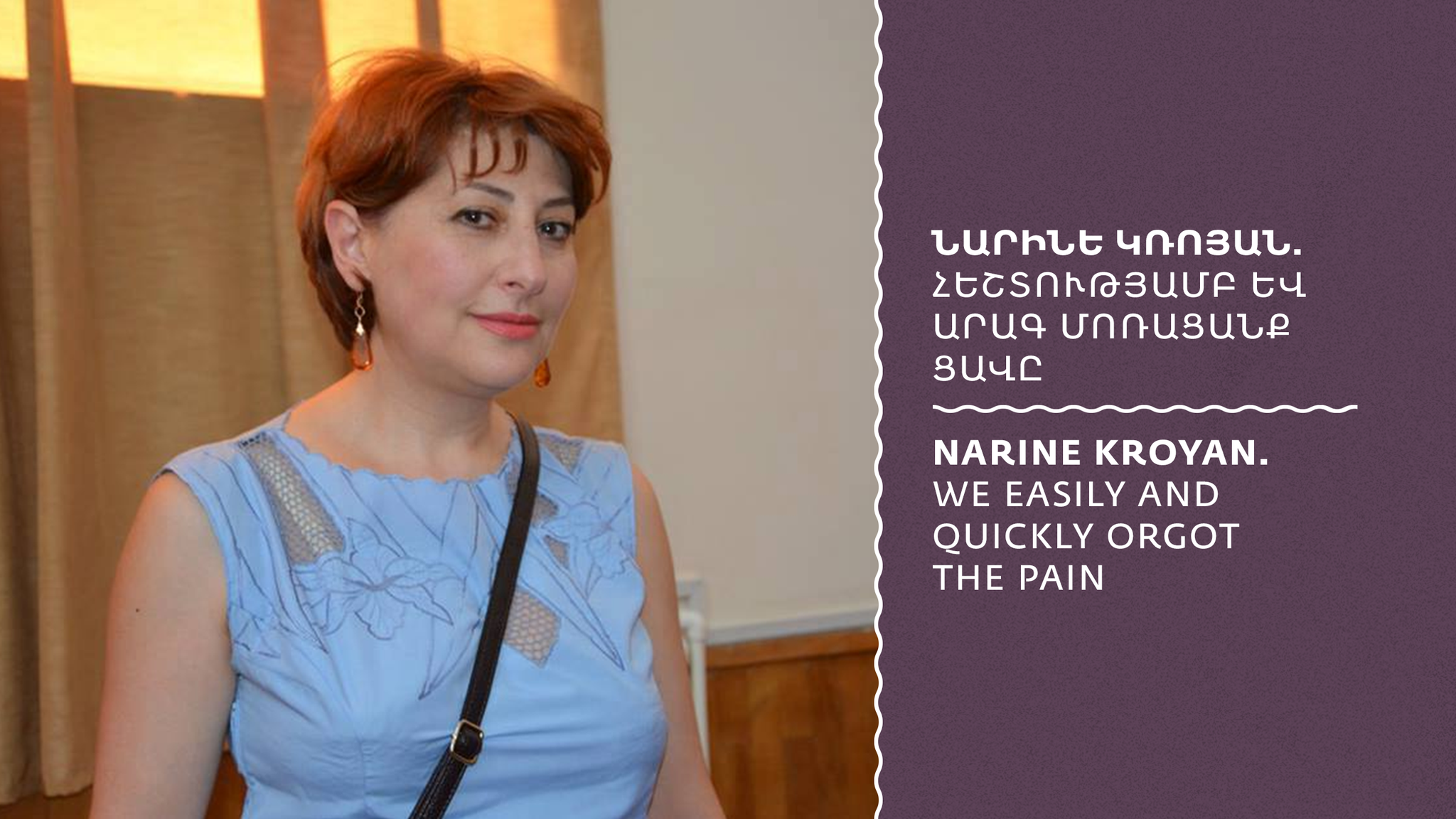 Narine Kroyan was born and resides in Vanadzor. She graduated from the Moscow Institute of Public Administration as a manager-economist, and currently teaches economics at the Lori Regional State College. She has a Ph.D in Economics and has authored a number of academic articles. During the years at the University, after graduation and throughout her teaching career Narine never stopped writing, but her works were first published in her adulthood. “I am demanding of myself, I don’t consider every written text to be literature, even if it is mine. “My first short story about war, ‘Blood’, was written in August 2014 in connection with military developments.”

Our people have become a consumers’ society, we started to forget the pain easily and quickly. It can be an instinct of self-defense; they just don’t want to remember.

At that period the writer had a severe depression, only writing could ease her psychological condition. During the April war in 2016, Narine Kroyan also didn’t keep silent, wrote and talked about her emotions through a story. During the 3rd Artsakh War, she wrote two works: One-Eyed Angel and Leaves-Falling. “The stories that I wrote had a special purpose. Our people have become a consumers’ society, we started to forget the pain easily and quickly. It can be an instinct of self-defense; they just don’t want to remember. But I do want them to remember, I will be reminding them and hurting them.”

According to the author, the war is not over yet and after all we have debts to be returned to our orphans. Narine Kroyan cites Kafka, saying that the book is a hammer which should be used to beat and break the frozen sea inside of us. This is the main task of the writer.