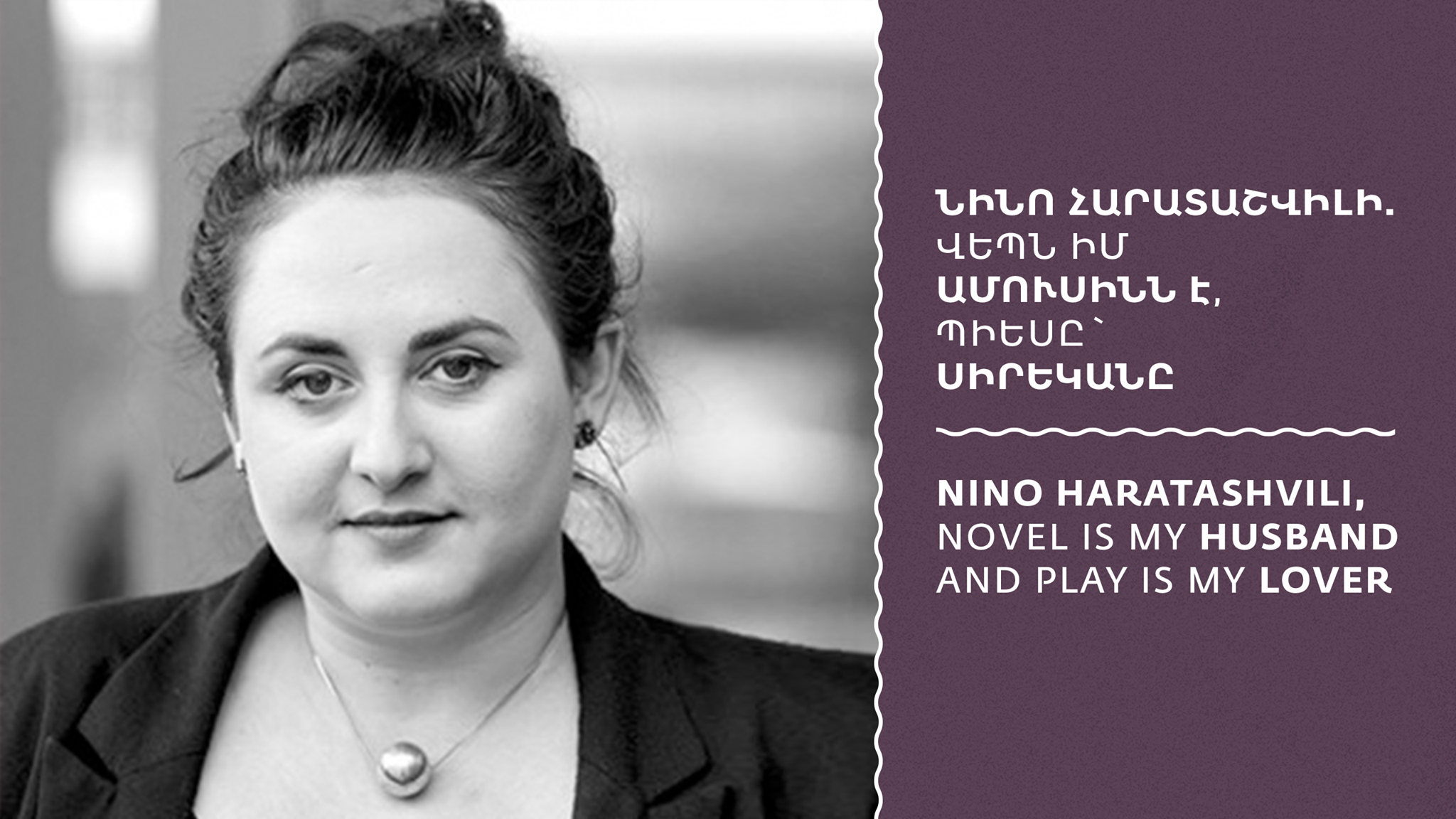 Prose writer, playwright and director Nino Haratishvili was born and raised in Georgia. Currently, she lives and works in Berlin, Germany. Her first writings were in Georgian, but she started to write in German andpublishedher debut book in Germany. Currently she is considered a German writer.

She stepped into the book world from a young age. She was reading a lot. In the 1990s, in Georgia, when there harsh were years of civil war, economic crisis and challenging social situation, Nino’s only escape from reality was reading. She lived the life of book heroes, traveled with them around the world, discovered new worlds.

Later, the imaginary world, faces and events turned into words and became books. She made her first attemptin writing at the age of 14-15 at the school drama club. The first work was a play, which was later staged. She started publishing her books when she has moved to Germany.

She was invited to many literary festivals, has won prestigious awards; she often meetsher readers and does readings. Her famous works are “Cousin and Bekina”, “My Delicate Twin”, “Eighth Life”, “The Cat and the General”.

According to Nino Haratishvili, the novel is her husband, the play is her lover.

The participation of German writers at the forum was possible due to cooperation with Goethe-Zentrum Eriwan.