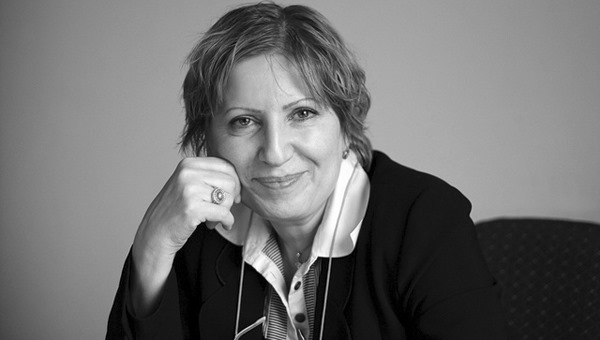 “The Door Was Open” by Karine Khodikyan

Karine Khodikyan is one of Armenia’s foremost writers, with a body of work encompassing plays, film and TV scripts, fiction, and journalism. Armenian literature, like others of the Caucasus, is surely under-represented in the English-speaking world, but now Khodikyan’s collection of short fiction, The Door Was Open, has—via Nazareth Seferian’s smooth translation—been made available in English with the support of the Ministry of Culture of the Republic of Armenia.

The Door Was Open contains short, episodic stories that build to explore the darker aspects of female experience. What’s it like to be a woman possibly menaced by a serial killer? (“The door was open”) What’s it like to be a woman on the brink of death looking back on the time she ended what could have been a great love affair after the first date? (“The seventh day”) Khodikyan addresses questions such as these, rather than those that focus on more straightforwardly romantic, domestic or familial concerns, so her examination of female experience can be read as a kind of bleak riposte to great swathes of contemporary women’s fiction, in English.

All the stories are ambiguous, even mysterious. Most leave many questions hanging. Dreams, characters playing mind games, and supernatural touches abound. Many concern death. “The smell of bread and death” features a family of hereditary grave-diggers. In “Five cars on the road”, almost everybody ends up dead—except the character the reader surely expects to be dead all along. “The eleventh commandment”, one of the subsections of the story “1st of March: a chronicle of that day” is narrated by a ghost. “I wasn’t going”, a challenging story about maternal love, responsibility and forgiveness, or the inability to forgive, explores the terrible aftermath of one youth’s murdering another.Other recurring themes are the difficulty of communication between men and women, a preoccupation made explicit in “Etude”, and the stranglehold the past has on the present, a subject explored most explicitly in “The black bed”, which takes the bedtime story trope of a monster under the bed, and makes of it something so terrifying an adult woman cannot get into bed with a lover, for fear of what may be lurking beneath the bedframe. Khodikyan also repeatedly investigates the idea that a man can be born to love a particular woman, or a woman a particular man, not only in “The seventh day”, but also, for instance, in “The drowned”, in which the glance of the woman born to love him momentarily restores a drowned man to life, although this is not a resurrection that ends happily.

There are touches of black humor. “The turnabout”, which I think will cause most readers to crack a smile, concerns a murderous turnabout initiated by a fortune telling parrot. “The city of angels”, a subsection of “1st March”, while not funny in itself, includes an account of a phone conversation in which the identity of the person on the end of the line keeps morphing, in an effect hovering between dreamlike, and slapstick.

Khodikyan is throughout inventive with her technique. She manipulates timelines so she blurs past, present and future. Occasionally, she names narrators or protagonists, but more often she is less personal, or more distancing, preferring “he”, “she”, “the Man”, “the Woman”, and role-based descriptors such as “the Mother of the House”, “the Woman of the house”, “the Wife of the house”.

There are sharp observations throughout. A woman on the phone who easily answers a question her interlocutor clearly hoped would floor her is “unable to suppress a smile as she imagined the face at the other end, contorted with disappointment.”

Khodikyan’s language, as conveyed by Seferian, is never less than vivid. A woman entering her home finds that “the empty darkness of her corridor rapidly embraced her with greed.” Ground is “sticky with compassion.” A bereft mother looks at a window, and “the yellow light seeped out like pus and coagulated two inches away from me.” Heat is “inebriating”. A man describes a woman’s voice as “the yellowest in the world”.

There are many culture-specific references to intrigue the non-Armenian reader. I learned, for instance, that Armenian fairy tales end with three apples falling from heaven—although not why this is so, since this was a question posed by one character, “the Woman” to another, “the Man” who didn’t know.

I was aware as I was reading that there must be many nuances and references I was missing. This was particularly frustrating in “1st March: a chronicle of that day”, which I am sure, from its references to the off-page setting of “the Square”, and from the menace of the opening episode, “The carpenter’s name”, had a political dimension that, in its specifics, remained obscure.